Food and diabetes are topics that are so closely linked. Diabetes is a disease of how we process our food, and it means we have to think more carefully about it a lot (all) of the time. This can be difficult.

This post isn’t about diabulimia, which is a huge topic by itself and I think deserves its own post – which will come at a later date. Instead I want to talk about how we think about food as diabetics.

As the title says, it’s complicated.

Guilt seems to drive a lot of decisions and thoughts about food among people with diabetes. Sometimes this gives us the nudge to make healthy choices, other times it grinds us down and pushes us towards bad ones. At its worst it can stop us from living life in the way we want – and given that our diabetes isn’t going anywhere anytime soon, that’s the last thing we want. Diabetes management should all be focused around living well with it.

For me, the guilt produces some interesting effects, as I am a weak-willed and pathetic man. 9 times out of 10 if I’m offered a piece of cake, I’ll turn it down, because I have diabetes and so cake is bad. But that doesn’t stop me occasionally going and buying a whole cake and eating it in a single sitting.

Similarly, I don’t drink sugary drinks, because I have diabetes, and so they are bad. But from time to time I will buy a litre of apple juice and drink it all at once.

The list of situations where my brain tells me I’m not allowed to do something, and then I hit the manual override and do it anyway is endless.

The real problem comes after, when the guilt comes back. Then I wallow in how pathetic I am. And this makes me want to check my BG less and find out the damage. This is bad.

Why do we feel guilty in the first place? While much of it ends up being self generated, there are two main sources externally that help establish and feed it.

There are no end of people lining up to give people with diabetes advice on what we should and shouldn’t eat.

We’re told to try and limit carby snacks, to eat nuts instead – ignoring that for some of us (me) the sheer tonnage of nuts I need to eat to feel full means the low carb status is largely nullified.

There’s also things like DAFNE, which have a really positive aim – to get us eating ‘normally’ – but often come after a significant period of eating ‘like a diabetic’ and so mean we’re still loaded with carb-related guilt. They also don’t factor in things like needing a bit of insulin alongside a protein-y meal – even if there’s no carbs.

This massive amount of advice means we’re all thinking about food a lot more than many of our peers – and this in itself can cause guilt through the constant thoughts ‘am I doing it right?’.

Can you eat that?

There’s always some prick around who wants to ask this question. Into the sea with them. They take my guiltily ordering a pudding somewhere as a small pleasure and turn in into a source of shame. No. Stop it. Forever.

From speaking to people with diabetes, I’ve identified a few broad groupings when it comes to attitudes to food. None of them is right, none of them is wrong, but they all have their drawbacks, and I think it is worth discussing them.

There are some folk out there who have TREMENDOUS willpower. They can chart a course for a high protein, low carbohydrate diet, and stick to it. Or only low GI carbs. Or no refined sugars. There are lots of variations.

This is a category that the angels on our shoulders try and push us towards, but unfortunately the willpower to stick to these kinds of diets is something we lack it, and so we end up drifting out.

There are some of us who are disheartened by the guilt and the shame that is generated by our relationship with food. This can mean we, consciously or not, stop caring about what we eat. We’ll eat whatever we fancy, whenever we fancy, and this often goes hand in hand with taking less interest in our BG, cause the guilt and shame tells us we can’t win anyway.

This is a group that really needs support – but unfortunately often receives shock messages about complications, or long boring lectures from a dietician about ‘healthy’ and ‘balanced’ choices. We need to do more for the people with diabetes who end up in this group.

This is probably where many of us fall. We largely want to do the ‘right’ thing, but are prone to falling off the wagon, to testing a bit less than we should and maybe being less rigorous in our carb counting that we could be.

We get it right most of the time, but sometimes we get it really wrong. Mostly that’s ok, we can get away with it, but sometimes it doesn’t pan out – we have big hypos, or are awake all night peeing and rage-bolusing.

What can we do? 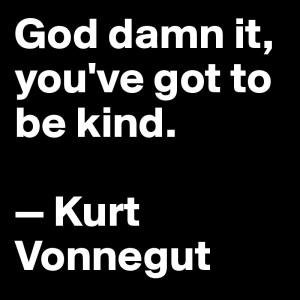 First and foremost, as a community, people with diabetes need to be more supportive of one another. We need to check out behaviours and comments to ensure we’re not going to generate more guilt or shame in another person with diabetes. None of us have the ‘right answer’. At best, we might have found the right answer for ourselves. This is a crucial step. If we’re supportive as a community, then the individuals within will be better able to handle the nonsense chucked at us by those who don’t understand.

Second, we can all call people out when they say things that are unhelpful. Usually these comments come from a place of ignorance rather than malice, and by correcting people we’re educating them – and making it less likely they’ll subject another person with diabetes to the same thing. All part of the support thing.

Next, I think we really need to look at the dietary advice we give to people with diabetes. Early education in carb counting would be a great start – when many of us start on fixed doses and only get ‘freedom’ later, this means we’re often already carrying a lot of baggage about what is and isn’t allowed. Yes, in diabetes it’s important to keep an eye on cholesterol, but really I think this doesn’t need to be a consideration unless it’s a problem – layering the need to eat low cholesterol, low fat products alongside the carb guilt makes the world a needlessly confusing place. Do I buy the skimmed milk that is low in fat, but higher in sugars, or the whole milk that is high in fat or lower in sugars!?

If we really need to talk about prohibitions (and I’m not totally sure we do), then the only thing that should be ‘out of bounds’ are sugary drinks. We know that the uptake of sugar from these is often too fast to be able to bolus in an adequate fashion for them (and from how often we use them for hypos and end up overtreating by mistake). This combined with early carb counting could make a big difference for people.

If you are a health care professional, try and imagine living by the rules you’re about to throw at someone. Imagine what you ate in the last 24 hours that would have been ‘naughty’ by what you’re about to tell someone. Try to make your advice as pragmatic as possible. Idealism is great, but when we know that behaviours around food are complex and difficult to break there is a real danger of letting best be the enemy of good. You can lose patients to demotivation and disengagement really easily, and it’s REALLY hard to come back from that.

In essence, be kind to one another and make advice simpler. Then maybe we can all get loved up with food again.